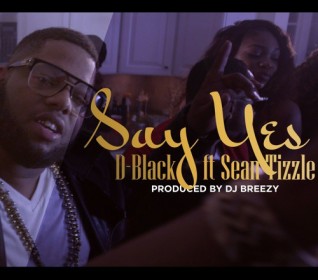 D-Black has shown his love for Nigeria again as he teams up with Nigerian afro-pop sensation, Sean Tizzle on this new record titled “Say Yes”.