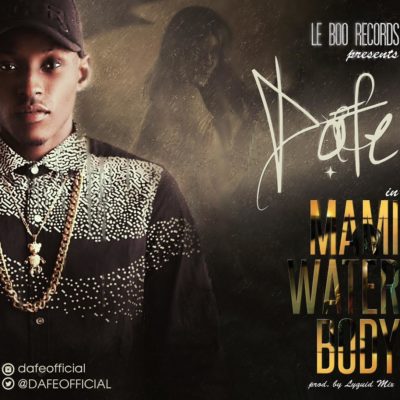 Le Boo Records presents Dafe (formerly known as Wayz Boy, real name – Edafe Juweto) on his newest musical composition, theLyquid Mix produced offering titled “Mami Water Body“; widely recognized as the King of Melody, he has been on quite a hiatus from theMusic scene but the Uniben graduate who hails from Delta state is set to build upon the success of his 2013 Galactic Beatz produced single titled “Boom Boom Bam” as well as his 2012 buzzing single titled “Like Calabash.” With 4 years gone by, Dafe (who is the co-owner of Le Boo Records) is set to storm the Nigerian Music scene this year 2017 as he enlists Lyquid Mix on this subtle piece of music which he titles “Mami Water Body“; listen up and share your thoughts. | ENJOY!!!