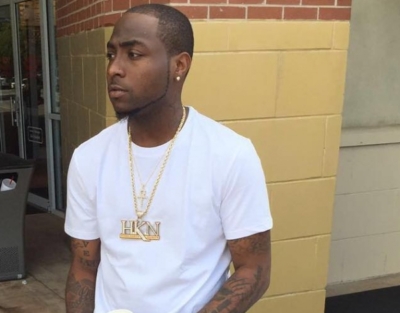 Singer Davido, has officially announced his European Tour for December.

The ‘Son Of Mercy’ artiste, also revealed that he will be on tour with his DMW artistes to include Mayorkun, Dremo and Lola Rae. The likes of Danagog and Dammy Krane, who also happen to be signed to the label, were excluded from the list.

Recall, Davido, recently signed Dammy Krane, to the label, so it comes as a surprise that the ‘ My Dear’ crooner’s name, was omitted on the list.

On the signing of Dammy Krane, Davido, who spoke to ThisDay Style then said:

“I signed a couple of artistes to my new record label, DMW (Davido Music Worldwide). We have Dremo, Mayorkun, Danagog, Ichaba and recently, Dammy Krane. These guys all look up to me as their mentor.

“Dremo and Mayorkun have top charting songs and are currently making waves in the music industry. Danagog also has been on for a while and he has some good music out there. We are currently working on new materials for Ichaba and Dammy Krane. My team and I are putting in a lot of work to push their career musically”.