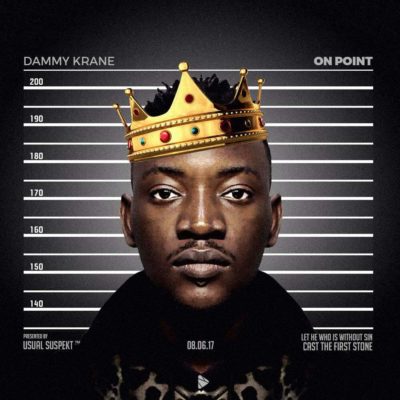 Dammy Krane – On Point.  DAMMY KRANE celebrates his freedom by unleashing a brand new fire single dubbed “ON POINT”.Teaming up with producer; Kenny Wonder, Dammy Krane showed great musical prowess on this exciting tune, even as he makes efforts to clear his name later this month.

ON POINT is a clear maker that Dammy Krane knows his onions and definitely can’t wait to be back him to give all lovers of good music what they’ve been missing – The Enterkraner Vibe.