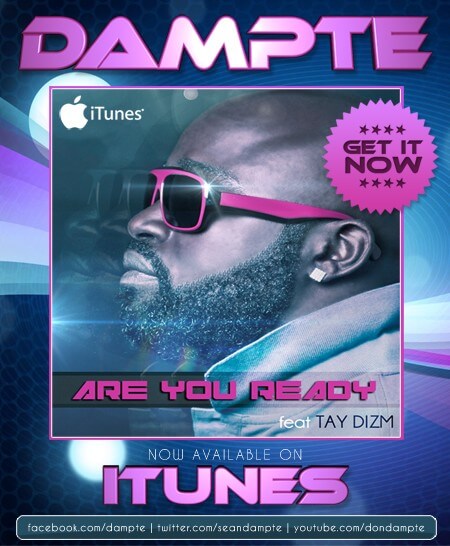 Emerging Nigerian rap artist Dampte officially unveils his brand new single “Are You Ready”, crafted by platinum producer Goldhands. The dance music inspired song is a smash hit in the clubs across Europe, especially in the United Kingdom, where Dampte currently resides.

“Are You Ready”, which features T-Pain’s Nappy Boy artist Tay Dizm, is now available on iTunes and was released via Janz Media LLC. The single is a critical success and it is receiving a great amount of attention from notable commercial radio stations around the country