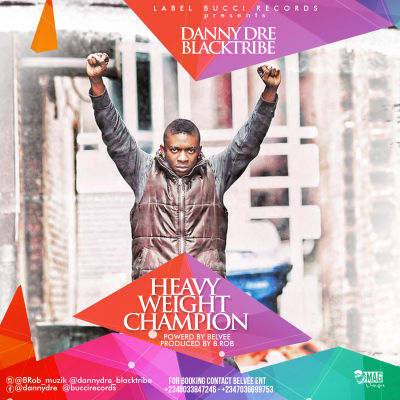 Black Tribe encountered a ton of accomplishment in the early years of Nigerian urban Music and are best known for their remake of Orere Elejigbo which was initially performed by The Lijadu Twins. Before long, the group disbanded, keeping in mind one half of the duo  Abdulala whom has been moderately noticeable,

While Danny Dre (Yung Chief) has been busy with other related music business in America, however today he reemerges with a crisp new lovely single titled “HEAVY WEIGHT CHAMPION” Produced by B.Rob another young and talented Nigerian producer based in Diaspora,

“LOVING YOU” was his previous release After “ZOMBIE” Which has a visual.  Danny Dre is here to stay!!