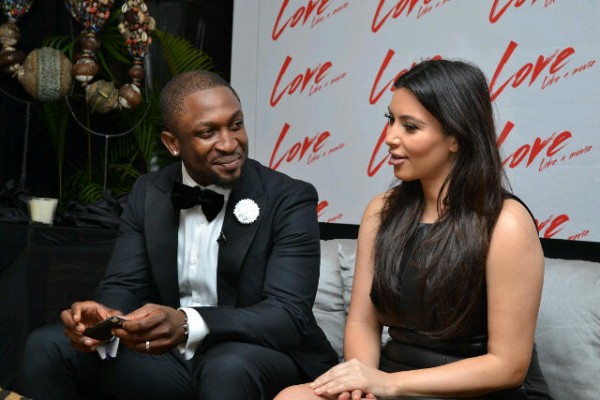 Singer, Dare Art Alade, in a recent interview with LIB, talked about his experience organizing his highly successful LLAM concert.

The ‘Pray for me’ crooner, talked about his experiences with each of the foreign stars he has worked with on the project.

It’s almost time for another Love Like a Movie concert. How did you come up with the idea and the name in the first place?

I think it was four or five years ago. We were like well I haven’t done a concert in a while and we started thinking, what can we create that can break new grounds and project my music? It started like a joke, all of my team members sat down and just talked about it. But really, it is the brain child of my wife. It is her idea in terms of what it would be called. The final decisions are up to her but a lot of us gathered together and came up with the idea of what and what it could be. At the end of the day, we created Love Like a Movie. It has set a new bench mark, every year it breaks new boundaries. It has set the tone of what production and audience experience should be in Nigeria. It is almost like a Vegas show, in terms of lights, sound dance and music. It is the show you go to and you have the best of everything not just one particular part of entertainment.

Why the decision to bring a foreign celebrity every year? Kim Kardashian, Kelly Rowland and Ciara have been to the three concerts respectively.

You are talking about only those ones, how about Tiwa Savage, Sound Sultan, Kaffy, Imganeto dancers, and some of our other partners? Love like a movie is not just about one artist; it’s not just about me. When you attend Love Like a Movie, you realize it’s about different artistes coming together to give you a great show. So dance, music, singing, choreography, special artist, acrobats e.t.c  is what love like a movie is all about not about Kim and all. They just add a little bit of flavour. They just bring their own swagger and hype. It’s not just about Kim, Kelly or Ciara, they just bring a little bit of spunk to the show. They are just icing on the cake.

LIB: They were rumours you paid Kim Kardashian $1millon to make an appearance at the Love Like a Movie 1. How true is the statement?

Those are old hearsay. How much Kim was paid, neither she nor I can tell anybody because it is contractual but it no were near the rumored amount. If I had that kind of money at that time, I know where I would invested it.

It was great, that wasn’t even her first time in Lagos, It was probably her fourth time but that was the most she enjoyed herself. I think between meeting us and working with us, I think she enjoyed the energy and when people enjoy themselves, they tend to let loose and relax and enjoy their surrounding a lot more.

How is it different from working with fellow Nigerian artistes?

They are different because they are different. They come from different background. The comparison really isn’t there. They have different orientation, professionalism, they are exposed to different things but at the end of the day, there are lots of similarities. Example, the talents, a lot of us are even more talented than these guys.  But consistence and constant rehearsal and working on your craft, I would say gets different between us and them. With them, they have everything at their disposal, infrastructures studios, space and others.

Between, Kim Kardashian, Kelly Rowland and Ciara, which of them did you enjoy working with the most?

That’s a tough one. Kim was good, to be honest. She was here for almost two days and she gave interviews. I can remember her doing an interview with Gbemi of Beat FM. She had dinner with our VIP guests. I am sure Lily green room can attest to this, I was having my throat tea; she usually makes it using herbal throat tea and other stuffs. While we were gisting as we waited for the show to start, Kim asked me ‘what am I drinking?’ You know she was pregnant at that time and when you’re pregnant, in as much as you want to try different things; you also have to be careful because, you are carrying a child. So I was quite surprised when she asked me what I was drinking and that she wanted to taste it. She took my cup and had a sip of it and she liked it. I had to ask Lily to make a fresh cup for her. Kim was really down to earth. She had a flight to catch that night of the show, it wasn’t a private jet or anything so she needed to go but she said she would have really loved to watch the show just that she also needed to go to the airport. She decided to say hi to everybody on stage and introduced the show before she left. She did a lot more than why she came, she did the red carpet. It was a great experience.

Kelly was amazing, I still suspect that their baby was conceived during love like a movie because she came with her husband. They were not married then, they got married soon after. Love Like a Movie can take credit for some of these issues..lol

Ciara was great, dancing kukere, shoki and all that. It was a blast. Each of them has a different dimension to love like a movie in terms of the experience in general. So I don’t have a favourite.

Who is coming this year for Love Like a Movie?

I don’t know. If I knew, I wouldn’t even tell you. But as usual, when it does happen, it promises to be a well put together show.