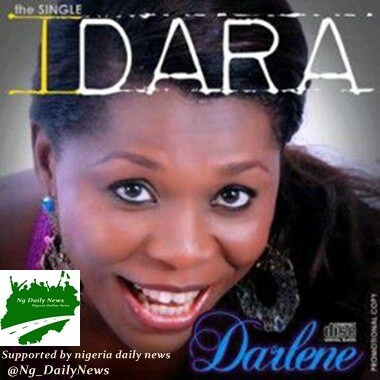 Being in the music industry since 1994, Darlene has been involved in making a lot of radio jingles, countless                                              movie soundtracks, album backup vocals and has worked with industry names such as Sammie Okposo, Cobhams Asuquo, Charley Boy, Lt. Shotgun, Zubby Enebeli, etc. Born on the 8th of December, the Akwa ibom singer and actress loves travelling, watching TV and spending time with her family as part of her leisure.

Darlene has starred in over 50 flicks, her first appearance being a small role in a 1997 movie titled “Venom of Justice”, following on with a memorable lead role in an award winning Opa Williams movie titled “Maama” in 1998 where she carts away with the “Best New Actress” award in the 1999 REEL Awards

Her music abilities has had her performing unforgettable renditions of the national anthem at various state events, she has performed on big stages as Night of a Thousand laffs, Loud in Lagos, The 9,999 Carol Concert, The Bobby Brown/Bell Biv Devoe Music Concert, PH and many other gigs. She also has two albums to her credit; a 9-tracker album titled “Miracles” and a 6-tracker Christmas album titled “Ukabadisua”. She is equally set to release her third [18-tracker] album in the year 2013. Off all of these achievements, she is set to release her new single.