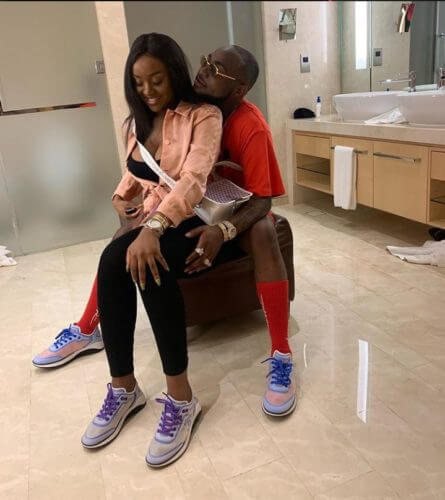 Davido has acquired an expensive luxury jewellery yet again for his lover; Chioma.

Both are in Dubai having a good time, spending a lot of money and doing a public show of their love to further send haters to doom. Davido took Chioma to a store and graced her hands already full of expensive jewellery with another blissful one that is worth a fortune. See video below:

Davido while as an aspiring superstar has once revealed his dreams of taking his girlfriend on a shopping spree to the best of fashion stores spread across the world. That revelation was made in a short documentary of about 8 years ago when he was preparing for his album launch ceremony. He disclosed he would take his girlfriend out and spend a fortune on her, so we guess this settles the reason why he spoils Chioma so much with gifts.

“Davido Buys Bracelet Worth Millions For Chioma”, 5 out of 5 based on 1 ratings.

Bridget is a graduate of Irgib Africa University Republic of Benin, optimistic in becoming successful,a significant lover of God ,a lady of integrity ,cool and yet adverse .loves listening to music and touring. And yes very stylish and also a good listener / adviser.
Submit your comment
1 comment on this postSubmit yours