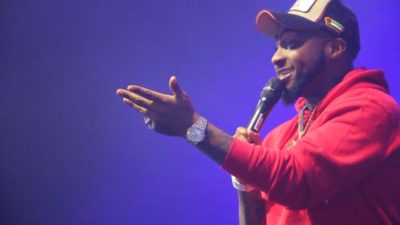 DMW boss; Davido dished out an exhilarating performance at the just concluded “One Africa Music Fest” in Dubai. The superstar thrills the energetic crowd with songs from his never ending list of absolutely mega hit jams.

The superstar singer comes through with his traditional show intro; “Dami duro,” as well as following up with massive hit singles such as “If”, “Aye”, “Fia” and so on to the delight of he show spectators.

The crowd was surely more than pleased with his always outstandingly energetic performance.

Watch video of the OBO’s showmanship below: