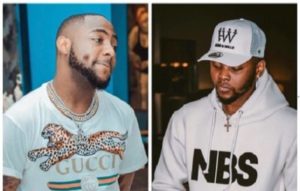 After news circulated the media earlier today about Davido slapping Kizz Daniel’s manager; Tumi, people have been waiting to get a response from Davido concerning the issue.

Their requests have now been granted as Davido took to his social media to clarify the issue.

He said there are lies in the accusations pointed to him by Kizz Daniel’s manager.

He said he feels pained as he never touched the Tumi and that he wants him to tell the truth.

It was reported earlier that #KizzDaniel manager #TumiLawrence was slapped at #Davido’s concert last night. However #Davido has finally responded to the claim. #Olorisupergal #OSG

Nifemi is a graduate of the University of Lagos. He's a unique user of the pen when it comes to the expression of whatever. He is editor-in-chief of the organization and also a writer of news, articles, editorials and a lot more to help expand the level of knowledge of the readers and simultaneously have them entertained. A lover of music and football is who he is and a Man Utd die-hard.
Submit your comment
25 total pingbacks on this post