Previous: Kizz Daniel X Wizkid’s “FOR YOU” Didn’t Meet The Hype . . My Thoughts 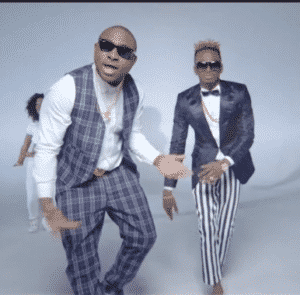 Davido pulled a pleasant surprise on the audience at his recently held concert in Tanzania. The singer brought one of the biggest continental pop stars who happens to be a Tanzanian native, Diamond Platnumz, to join him on stage during his 30 Billion Concert held in the country.

Davido continued his impressive run of concerts which has taken him half way across the globe, and he recently stopped at Tanzania to entertain a mass of music lovers who came out for the 30 Billion Concert. The singer entertained by performing some of his popular songs and in the middle of his performance, he invited Diamond Platnumz to join him on stage to perform their 2014 collaborative hit single titled Number One Remix.

The sight of Diamond Platnumz climbing the stage threw the audience into wild excitement as they cheered the two superstars through every step of their performance.

“Davido Invites Diamond Platnumz On Stage During 30 Billion Concert In Tanzania || WATCH”, 5 out of 5 based on 1 ratings.