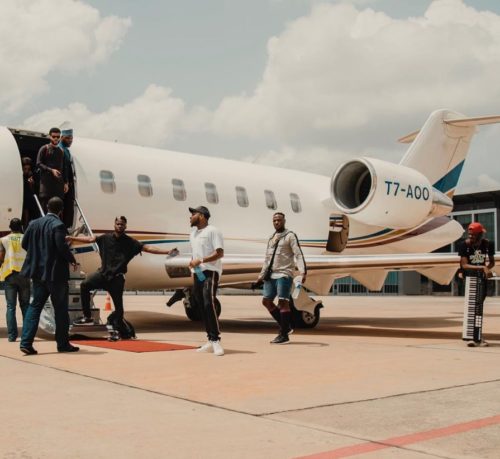 Davido has revealed life is getting very expensive for himself and his gang in the United Sates and it’s getting a little challenging.

The DMW boss and leader of the Thirty Billion Gang (30BG) has been in the United States of America for close to three months, promoting his 2017 hit record, “Fall” as well as composing his sophomore album. He’s been in the United States not all by himself as he took along his thirty billion gang members as well and they have been living lavishly since they got there, going to clubs, luxury restaurants, expensive boutiques to shop and a lot more.

And just few minutes ago, Davido took to his Instagram story to reveal they are beginning to have financial challenges as the lifestyle they have chosen to settle for in America is becoming really tasking. He revealed even the combination of the financial strength of the 30BG gang is being heavily strained.

He wrote on his Instagram story; Life is getting expensive! Jesus help us. We don hook for Hollywood, #30BG Dey shake for this side o.”

Could this mean Davido is getting broke already??? We didn’t say that oooo.

“Davido Laments Over Expensive Lifestyle His Gang Is Living In The US”, 5 out of 5 based on 1 ratings.