Davido Launches Game, “30BG Run Money” On Android, To Give Out 10K To Downloaders Everyday 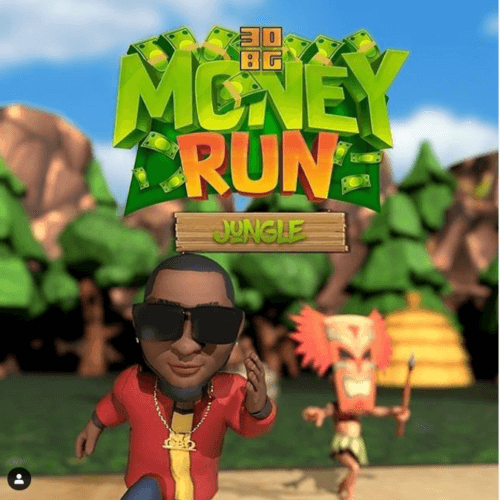 Davido has officially launched a game on android in order to have music fans and other members of the public entertained.

The superstar singer has been teasing everyone with pictures of what the game looks like since the past weeks, raising people’s curiosity and getting them to prepare for the ingenuity that was set to hit them.

However, the OBO has now announced the launch of the game which he calls “30BG Run Money.” He made the announcement not long ago on his Instagram page as well as reveal people who download the game would be randomly awarded the sum of 10 thousand naira everyday of the week.

He also revealed the game is currently for only android users and that Iphone users would be getting it soon on IOS.

My game is officially out !!! and we are giving away millions of naira for the next one week! All you got to do is, 1) go to @30bgmoneyrungame follow and click the link in the bio to download the Game 2) Take a screenshot 3) Post and tag #30BGMoneyRun. There will be draws on IG every day at 6pm West African time to pick winners at random. Each winner gets 10k naira just for downloading. ?? Let’s RUN for the Money!!! ??(for apple users it would be available soon )

Nifemi is a graduate of the University of Lagos. He's a unique user of the pen when it comes to the expression of whatever. He is editor-in-chief of the organization and also a writer of news, articles, editorials and a lot more to help expand the level of knowledge of the readers and simultaneously have them entertained. A lover of music and football is who he is and a Man Utd die-hard.
Submit your comment
29 total pingbacks on this post
VIDEO OF THE WEEK