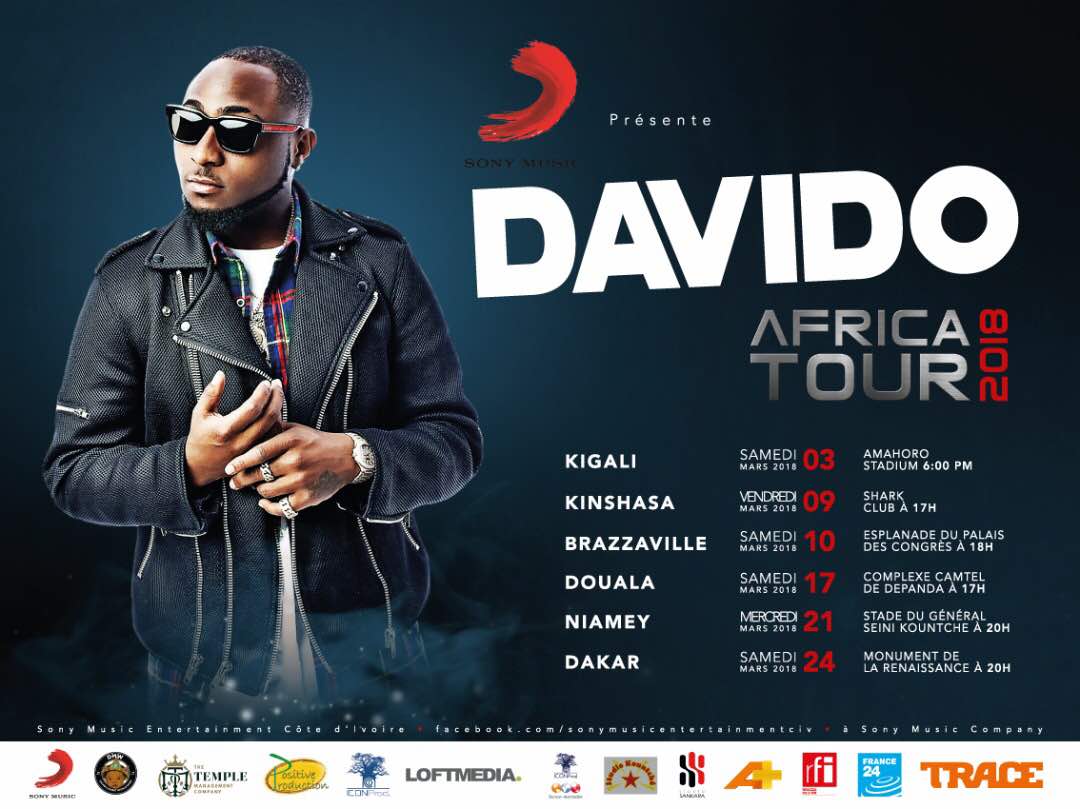 Temple Management through its Francophone regional office based in Ivory Coast, Abidjan is coordinating with local partners to ensure a world-class concert.

Across Francophone Africa, the 30BG Tour is already generating keen anticipation among the fans of the Nigerian super star musician. Rwandan fans will be the first to feel the 30BG Tour fever when they pack inside the Amahoro Stadium on March 3. The train continues in Kinshasha March 09, Brazzaville March 10, Douala March 17, Niamey March 21 and ends in Dakar on March 24.

Speaking ahead of the concert which holds in March, 2018, Hadja Kobele Keita, MD Temple Francophone noted that this is the first project to be embarked upon by the newly founded regional office.

According to her, the opportunity offers an avenue to actualize one of the cardinal goals of the company which is to be a vehicle that will help African talents to take their talents to every corner of the globe.

“We are excited to collaborate with Davido and the 30BG and we believe this presents a unique opportunity to clearly showcase what Temple Management is about; which is to push the African agenda within and beyond the continent,” Kobele said.