Davido Sends Lovely Shout-out To Wizkid, Calls Him A Legend 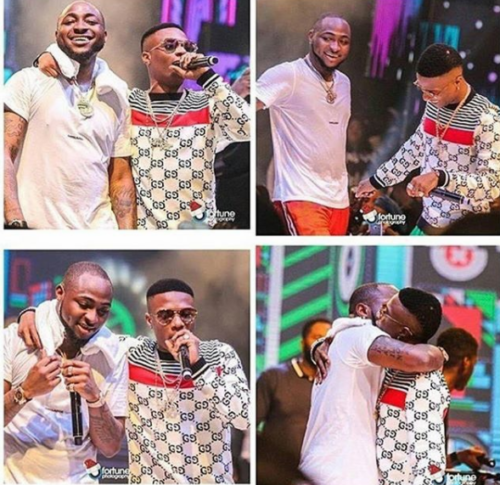 Davido has showered praises on his superstar colleague, Wizkid, calling him a legend.

The singer who was in his always responsive mood to trolls on social media took to his Twitter page yesterday to give a shout-out to Adekunle Gold for his contribution on his forthcoming album, as well as use the same medium to stylishly urge other artistes to always give credit. As expected from internet trolls, a certain user threw shots at Davido, saying he is only doing this because he was once caught in the act of not writing a certain song of his and not give credit still.

Davido understood it might be some of Wizkid’s fans who are known as “Wizkid FC.” He then replied; “FC dey para today o.” Another cocky Twitter user was then like why was Davido scared to mention the before the FC, asking him if he was afraid. Davido in an angry but composed manner then put the user in his place while he gave accolades to Wizkid as well.

He wrote; “Wizkid The legend … The Icon ! Our Starboy should not be associated with Mad pple like you!” 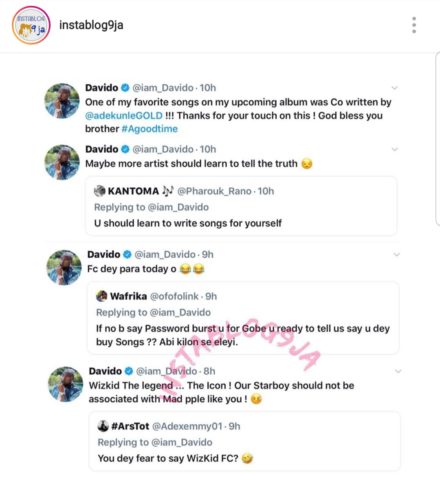