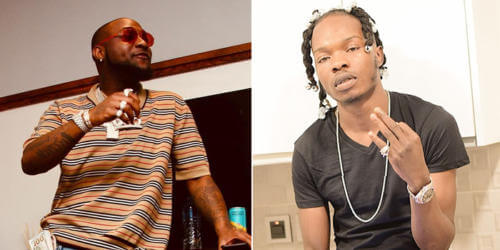 After the reported arrest of Naira Marley by the Economic And Crimes Financial Commission in the early hours of the 10th of May, 2019, DMW boss, Davido has shown support for the singer.

Davido who currently is in the United States of America for the compilation of his forthcoming sophomore album took to his Instagram page to declare his support for Naira Marley.

The OBO asked that Naira Marley be freed. He also asked the “Issa Goal” singer not to be scared of anything as he has his back.

The reason for Naira Marley’s arrest till now has been reported to be anonymous but there are wide claims on the street that it is as a result of his statement which aids the continuous existence of internet fraud. It is also being sparingly reported that they suspect Marley to be a fraudster.