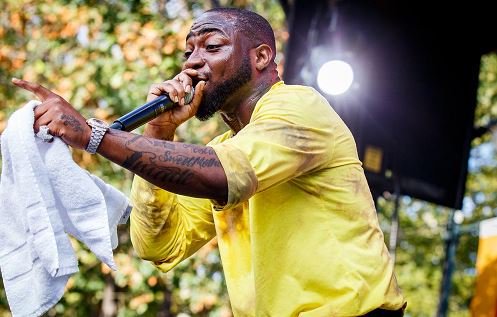 When Davido was announced as a performer at J.Cole’s Dreamville Festival, there was elation and excitement amongst Nigerian music fans as they realised Afrobeats is now crossing at a fast pace to United States.

Fast forward to the 6th of April, 2019, Davido hit the stage at the festival around 4pm in North Carolina and he shut it down with both the white and black Americans vibing to his songs.

He performed “Fall” which is already a hit as well as “If.”

Blessed to grace the stage at @realcoleworld’s Dreamville festival yesterday. People from all different walks of life came out showed crazy love to the Afrobeats culture. They said Africa to the World? Nah, it’s the World to Africa! ?

“Davido Shuts Down J.Cole’s Dreamville Festival In North Carolina || Watch Video”, 5 out of 5 based on 1 ratings.