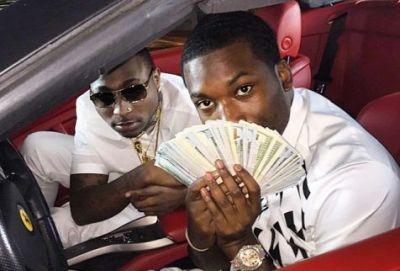 Davido is most assuredly the baddest!

Following the release of his Fans Mi video where he featured American rapper Meek Mill, he has broken and set another record for video with the highest views on YouTube within 24 hours with a whopping 200,000 views. 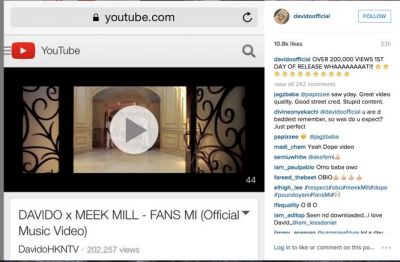 As mixed reactions trail the Sesan directed video, its views on YouTube is now at 337,076 views and counting. If you missed the video, watch here.

“Davido’s “Fan Mi” With Meek Mill Sets New Record For Most Watched Nigerian Video in 24 Hours”, 5 out of 5 based on 1 ratings.