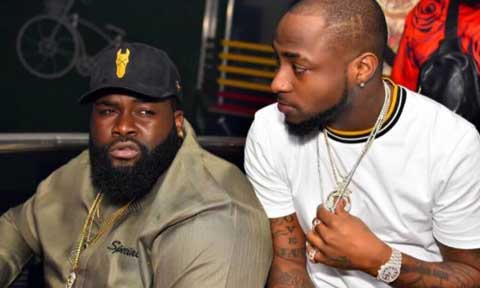 Davido’s hypeman, Special Spesh, has reacted to the pictures of the chat released by controversial self-acclaimed investigative journalist showing him revealing Davido’s girlfriend, Chioma, sleeps around with different men when she goes to London.

Just yesterday, Kemi Olulonyo released screenshots of Spesh’s conversation with a yet to be identified person on Instagram messenger where the hypeman was telling the recipient of his messages that Chioma sleeps around anytime she goes to London. Spesh in the chat even went as far as urging the recipient to take advantage of Chioma’s alleged sexual vulnerability by sleeping with her if the chance presents itself.

However, on seeing the screenshots of the chats and hearing the rumours, the bearded big man did a video through his Instagram story to address Kemi’s stories by insisting her news is fake and also to issue a sort of warning to the controversial woman.