Davido’s P.A, Aloma, Sternly Warns SARS To Stay Away From Them 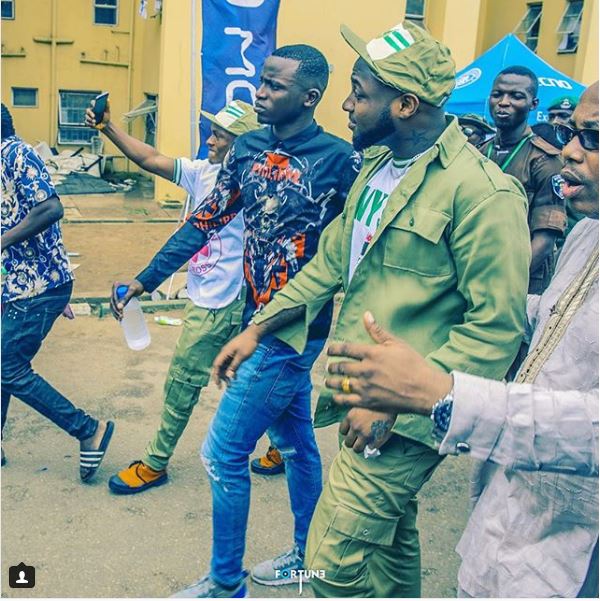 Davido’s Personal Assistant and 30 Billion Gang member; Aloma, has issued a stern warning to the men of the Federal Special Anti-Robery Squad (SARS).

Aloma made this clear through his Instagram story after the unfortunate death of the young man; kolade Johnson, that was killed in cold blood in Lagos by SARS official last Sunday. Aloma revealed that every young person that is seen living a good life will be targeted by the criminalized legal group of policemen (SARS) and victimized until financial gains is gotten from them. He also revealed he has once been stopped but was happy the police men that stopped him did not frustrate him as he would have responded aggressively in return.

Aloma continuing his speech in the video issues a warning to the SARS officials saying if next time they stop himself and his gang, they will have theirselves to blame. He said in pidgin in the video (but has been translated in English for better understanding); “Why is it that police officers who are meant to protect us will stop someone’s car at night to search for Marijuana? After they are unable to find any, they start to forcefully and aggressively tell the person to search himself. Everybody is now a “Yahoo boy” on the street,  SARS offcers want to arrest “Yahoo Boys,” what is happening?”

Sending a message across to the SARS officers, he added, “When next you stop us as a result of seeing us as “yahoo boys,” you will regret your actions that day. The ones that stopped me other day should be thankful to their stars that they were modest if not, you would have had yourselves to blame. Stop us again and feel because you have your guns, we won’t react…you will have to kill everybody that day because we would react aggressively.”

#Davido P.A Aloma blasts #SARS as he warns them of the danger to befall them if they stop their convoy