D’Banj Runs To Mayorkun To Record A Hit Song 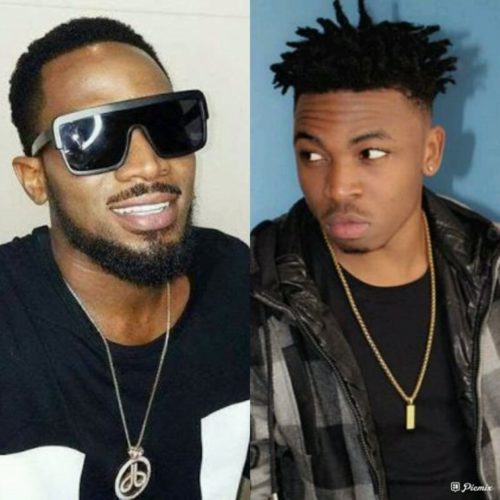 Fans of music were left wondering at a tweet from DB Music boss; D’Banj, in which he congratulated DMW golden boy; Mayorkun and also asking him to thank Cheeky Chizzy for making him feature on a particular song.

This tweet has left us trying to figure out  if D’Banj rejected the chance to feature alongside Mayorkun on a song, thereby making Cheeky Chizzy beg the self acclamied “Eja Nla” in order for him to have a change of mind. We however find this shocking as we feel D’Banj should be the happier person in this regard as he needs a Mayorkun Sleek touch to  bringing him back on fans’ mind as we now consider his career a struggling one.

No disrespect to D’banj, who was one time at the pinnacle of Nigerian music, but we just objectively feel with the audience and warm reception Mayorkun is getting from music lovers, Eja Nla should be running to Mayorkun for a hit song just like he did when he ran to Mr. Real and Slimcase for a collaboration on ”Issa Banger” which became an eventual hit.

Congratulations @IamMayorKun you should thank. @CheekyChizzy_ he made me do this now We Got One. #HitAlert ?