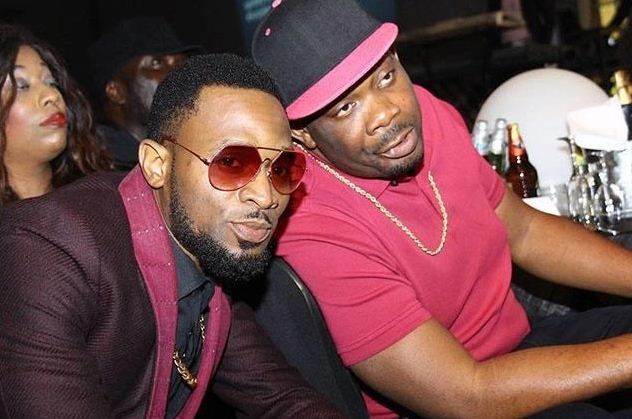 Still catching major flack from fans who are less than impressed with his fan, D’banj, is without doubt on the savage default mood this period.

Few hours ago,a twitter user again decided on testing the singer’s patience when he tweeted at him saying he desperately needed the help of ex-partner/producer, Don Jazzy,  to revive his career.

Recall, D’banj and Don Jazzy, once worked as a team jointly owning the label, Mo’Hits record which was home to ace singer Wande Coal, Dr Sid and D’banj himself, before the pair fell out and everyone went their separate ways.

Not one to be insulted, D’banj retorted saying the twitter user must be sick as even Don Jazzy is still begging that they begin working together again.

Reda their exchange below:

Are you also on d Payroll? Even @donjazzy knows in his heart he is begging me.. You madt bruh? Lol.. Jazzy Come carry ur people o https://t.co/XRD53k0jwS

Another fan also had something to say to the singer and of course he had the perfect response:

Dear Son… your opinion was never sought. My song, My page… Shut up and take several seats back. Even @wizkidayo won’t say this trash! https://t.co/GBCuA5WeSs

Tope Delano, is a creative content writer/editor at tooxclusive.com. She is a graduate of English and Literary studies who enjoys writing and listening to music. When she is not writing or listening to music, you will definitely find her reading or watching a romantic comedy movie
Submit your comment
2 total comments on this postSubmit yours
Popular Posts