It almost seemed like another joke when Dbanj (Dapo Oyebanjo) announced his collaboration with veteran US rapper Snoop Dogg on ‘Mr Endowed’ remix – seeing that many acts before him had made such claims without any evidence to show for it – From Eedris Abdulkareem announcing a purported collabo with Busta Rhymes and Rita Marley, to Psquare’s failed attempt at securing a duet with Busta; Twin-X’s never-seen-never-heard ‘recording with Lil’ Wayne and even Freestyle’s unimpressive T-Pian lie; fans had become skeptical; taking such news of international joints with less than a pinch of salt.

But, those close to the Mohits camp insisted a collabo had indeed happened, and that the cut would be released in a matter of time. Dates were announced; without the song surfacing – Could this be another trick? Another  attempt to fool the fans?

Then, Alas! The cloud of uncertainty covering the collaboration got clearer during the Mo’hits’ Koko concert held on Friday, December 24 2010 where the song (Mr Endowed remix featuring Snoop Dogg) was played. Yes. It was played. But how real was the Dogg Father’s cut on the track? Could it have been doctored? – Critics started asking questions but never got answers.

Now there may no longer be any reasons to doubt Mr Oyebanjo or the Mo’Hits crew, and no one needs any further answers than what the hit-maker is about to bring to our TV screens anytime soon. As many fans are already aware, Dbanj and Don Jazzy have reportedly begun the video shoot in Los Angeles, California with Snoop making a conspicuous appearance in the video.

‘so im in LA and its straight to work. Thanks for the prayers o. catch u guys later.’ 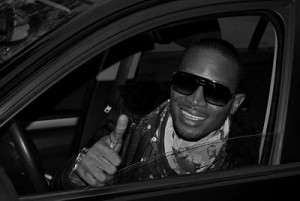 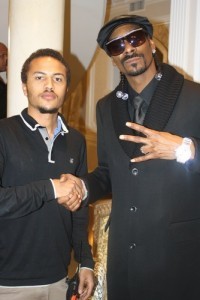 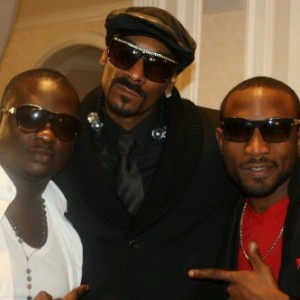