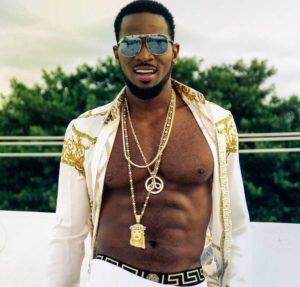 Singer, D’banj stopped his performance at the recently organised PhynoFest concert in Enugu, to rescue a female fan who was ‘assaulted’. The singer got the whiff that a ‘barbaric’ act had been carried out in the crowd, which left the lady on the floor, weeping and he (d’banj) made his way to the spot where she was laying and asked for her to be taken to the stage for proper care.

The action by D’banj’s to stop his performance to attend to a fan, has been severally commended by tens of thousands of people at the scene and many others who watched the video online.