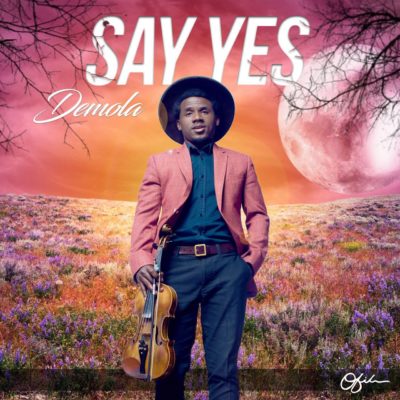 FunmiTrends Worldwide / Bolarinwa Abiodun premieres DEMOLA popularly known as DEMOLA THE VIOLINIST officially starts this year off with his debut single “Say Yes“. DEMOLA is a Nigerian artist, music producer, violinist and multitalented instrumentalist based in Houston, Texas. After his video of Mad over you cover went viral in January, he’s amazing us with his fresh and new sound of Afropop fusion on his own track. His single Say Yes is a fusion of Afrobeats, smooth jazz and Classic pop .It is an upbeat love song, dance track and a song for the Ladies. This is a song you should use to get your girl to Say Yes!. Say Yes was  written and produced by DEMOLA,recorded and Mastered in Houston, Texas.