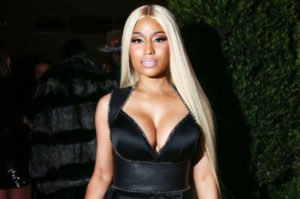 The obsession with Nicki Minaj’s new relationship continues. The Barbz were shocked when they learned that Nicki was dating Kenneth Petty, a man who has done hard time for manslaughter.

TMZ broke the story, and now they’ve returned with even more information about the killing.

While the details behind Petty’s sex offender status are still murky, we now have a clear vision of the shooting that took place in 2002 which landed Petty behind bars.

According to TMZ, sources within law enforcement claim the killing was over “bullshit.”

Petty drove to the crime scene with a car full of cronies on an early morning in April 2002. Lamont Robinson was doing his thing on a Queens, New York corner when Petty rolled up, got out of the car, and shot him in the stomach three times.

Law enforcement sources claim that Petty fled the scene in the vehicle. Investigators do not believe that the shooting was connected to a robbery, but instead concluded that it was motivated by gang rivalry.

It was an alleged targeted hit. According to court documents acquired by the media site, Robinson identified Petty when cops brought him a photo line up in the hospital.

He was unable to speak, so head nods for “yes” and “no” were accepted. Robinson died in the hospital soon after. Petty was charged with 2nd-degree murder, but took a plea for 1st-degree manslaughter. He served 7 years in prison.