Here is a Brand new SINGLE from one of the biggest names in the east (DIALECT) featuring Vector Tha Viper on this hot and beautiful song I S3ND THEM.  Dialect is the same artiste that did the hit song that made massive air waves last year (Jangelova) he has also done a lot of hit singles like OSHE & TICKET THEM, dude is back again with another  single Titled    ” I S3ND THEM featuring VECTOR THA VIPER “ 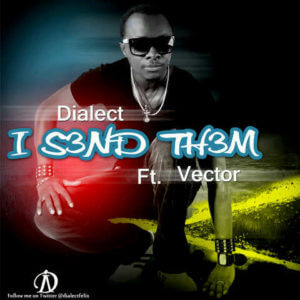