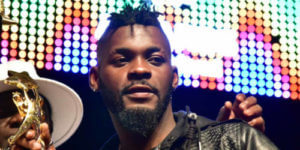 Some Ivory coast nationals and overzealous fans went to to the place late Ivorian artiste, DJ Arafat was buried today to dig him out.

According to reports, the people who digged him out are not convinced the singer is dead and they wanted to know exactly the identity of the person in the casket.

During a process that really spelled pandemonium which led to sporadic gunshots from police officers, the fans brought out Arafat’s casket from where he was buried, opened the casket and tore the singer’s clothes to confirm if truly he is the one in the caseket.

They also checked his tattoos to ascertain his identity before they finally put him back.

Disturbing: Pandemonium in #Abidjan, as overzealous #DJArafat’s fans dig up his corpse to check if it was really him that was buried; tear his clothes to check his tattoos for verification