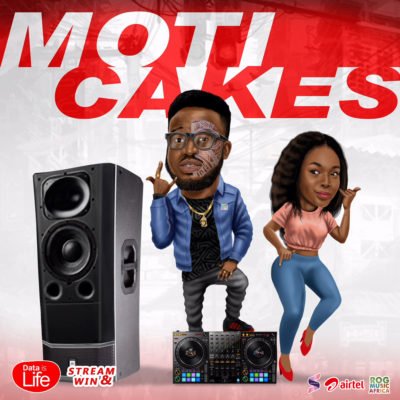 The Afro Beat Carnival series is the ultimate party starter, this series features the most requested African vibes from Moti Cakes radio show and if you can identify all songs that have the #DataisLife tag you can win amazing prizes from @Airtel and @MotiCakes.

You can catch the American On Air Personality DJ Moti Cakes on popular SoundCity radio show ‘No Chill Zone‘ both online and on dial 98.5fm in Lagos, Nigeria from 10pm. Moti Cakes has been at the heart of innovative vibes and remixes on broadcast radio since 2016, which is why Sound City radio boasts the number one DJ mix show in Africa!. Join Moti Cakes and fans for ROG festival giveaways at Scotch Bonnet Restaurant Lagos on January 1st and March 19th!