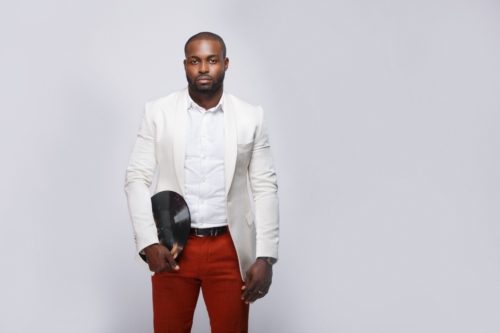 After a slow and not so impressive start to the year, Nigerian music artistes are now gradually making 2019 look like a promising year for music lovers and the industry itself.

The likes of Burna Boy, Davido, Patoranking have now raised the bar a little higher and others are now beginning to seek to climb up to the bar and even raise it from where it is now to another greater level. And one of the guys who has sought to achieve this – is DJ Neptune who just featured Davido on a smashing love single, “Demo”, that has serious signs of having massive radio airplay and slugging it out with the current chart topping singles at the helms of music charts.

Neptune said “Demo” was inspired by a damsel himself and Davido met with while on request for putting together “Sounds Of Neptune” (his forthcoming album), if truly it was, then the damsel must be one that passes for every man’s dream. To have been able to inspire such a beautiful song means she definitely has to be a special kind of human not just woman.

“Demo” is a song i would say truly projects that perfect gentleman/lover that Davido is when it comes to the affairs of women, he truly sang his heart out on the song like he has never ever experienced what love is, like in reality, he is looking for love (we all know that’s not true cos he already has one).

The song is a mid-tempo jam that talks about how the singer expresses his inexplicable feelings to a woman that he’s just seen. The hook “Oh bae bae baby o, e get fee fee fee feeling o wey i dey feeli for my my body ooo, make i dey demo” which is one of the best hooks i have heard on a song in the last couple of years and the best i have heard this year tells the woman he’s misbehaving just because of what he feels for her. The hook is pure fire!!!

Moving to the two verses on the song, Davido, lovingly tells the lady she could pick up the phone to call her anytime she needs him and he would rapidly answer. He showers accolades on her body shape as well as let her know he will wait for her verdict on his proposal until she decides to let him into her life.

The lyrics are strong enough to pierce through the heart of a woman that you hope you can have, the instrumentation is just a perfect match for the voice on the jam; big Kudos to Speroach for delivering a sweet beat you can easily vibe and dance too.

A special thanks to DJ Neptune for putting this piece together and respect to the OBO who delivers hundred percent on the record. This is a brilliant way of setting us in the mood to receive DJ Neptune’s forthcoming project; “Sounds From Neptune.”