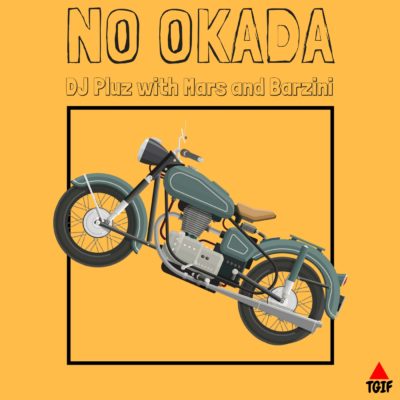 DJ Pluz teams up with Mars and Barzini to deliver this Afrogroove jam they title “No Okada.” The jam is an eclectic mix of Afrobeats-leaning vocals delivered with the finesse of top class Hip Hop MCs. DJ Pluz drips sauce across the entire song, punctuating Mars and Barzini’s striking flows with his superb hype game.

DJ Pluz is TGIF Music’s in-house DJ. His full name is Benjamin Agada and he hails from Kogi State. In the past he has worked at various night clubs in Port Harcourt, before relocating to Lagos to build TGIF Music with Mars and Barzini. “No Okada” is his first release under TGIF Music.

DJ Pluz with Mars and Barzini – No Okada