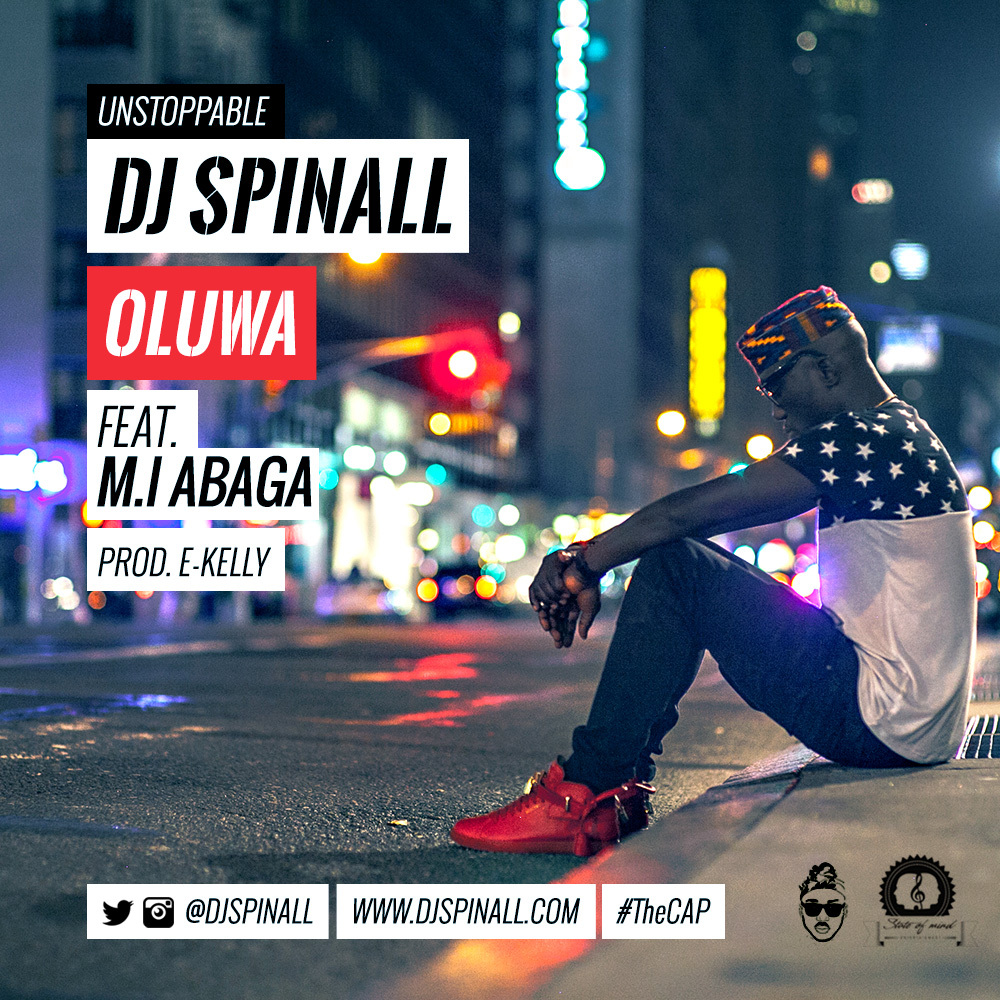 DJ SPINALL aka TheCAP, is set to release his second single off yet to be titled album. SPINALL has been trying to make a track with the Chairman, M.I for 7 years & finally this is it!!!

The hip hop/rap single titled “OLUWA“, features the incredible Africa’s rapper number one, M.I and was produced by the gifted hit maker E-Kelly with backing vocals from cooker & new R’n’B sensation ”Byno” on the hook.

DJ SPINALL has been trying to make a track with M.I for 7 years, this is it! “OLUWA” means The Creator. The “OLUWA” record itself sees DJ SPINALL & M.I confirming their success stories to The Creator.

DJ SPINALL has shown his diverse talents over time and this time he has gone even further to write and lay vocals in the second verse of the record.

With a trailer load of projects in the pipeline, DJ SPINALL decided to usher you into this club banger hip hop tune, giving glory to the creator “OLUWA“.