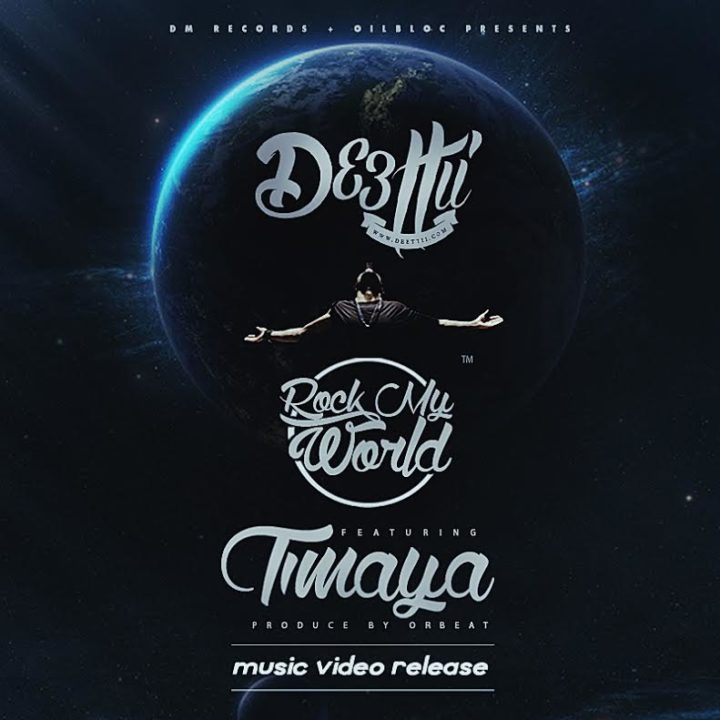 Bright Ibama Enyelike Jnr. (born on the 12th of December 1988) , better known by his stage/ArtisteName “Deettii” pronounced “deetee“, is an African musical Artiste signed Under the Publishing Platform of “DM RECORDS” owned by Africas Biggest Dancehall and Contempary Artiste “TIMAYA” and also under “PurpleFame Management Agency” which is also the official Management Agency for DM RECORDS.

Deettii is also a”Record producer, songwriter, graphic Designer, Video Director, Website Designer and the master Mind Behind “OILBLOC REC/ASTRONUTS MUSIC“.  His Name “Deettii” got National Attention and Recognition in the Nigerian Entertainment Industry After His Outstanding Perfomance on a Feature on the Hit Singles of “Timaya’s” (5th Studio Recording Album – EPIPHANY) titled “GBAGAM” which also featured one of Nigeria and Africas Biggest Rapper “PHYNO”.

Deettii has officially Released His 1st hit single title “Rock My World” also featuring the BIGGEST of them all “TIMAYA”, its been said that when this 2 are on a the same track, all you hear and see is greatness, and More greatness. Deettii’s Single “Rock My World” ft. “Timaya” is a blend of Ragga Dancehall and a fusion of refined afro pop, which also has a beautifully “stunning” music video to match up with the lovely Piece of art and smoothen his FRESHMEN Entry. So its Safe to say, the Choosen one is Here