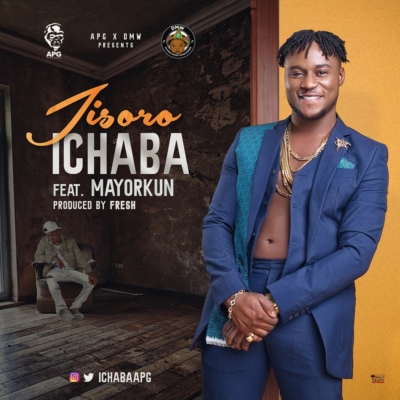 Davido Music Worldwide is proud to unveil its new act – Ichaba who is certainly not a newcomer in the Nigerian entertainment scene. Ichaba who featured on the label’s collaborative single ‘Back 2 Back’ which was released in May recently put pen to paper signing a joint venture between Davido Music Worldwide & APPE Music Entertainment.
Ichaba has also worked with the likes of Legendury Beatz, Chopstix, Dremo & more prior to his signing with DMW
Here’s his debut single ‘JISORO’ & this features another rising superstar ‘Mayorkun’, they both collaborate with producer ‘Fresh’ displaying an amazing synergy which results into a potential HIT SONG!
‘JISORO’ is a yoruba word meaning ‘ENVY’, Ichaba is definitely a talent that’s here to stay!