Don Jazzy: How To Make A Star In One Year 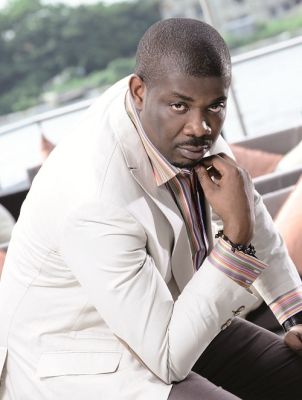 One thing that still amazes me about Don Jazzy and his new recruits Korede Bello, Reekado Banks and AphroDija is their rise to stardom in such a short time given the situation of things in our music industry. Indeed, everything he touches turns to gold.

This is not an eulogy of an incredibly talented man and his team, nope… lets just say it’s more like a case study of how he was able to mold 3 relatively unknown young artistes into highly sought-after music acts in less than a blink of an eye. Yes, a blink of an eye equals 1 year in our Naija industry needless to say we’ve seen some rise and crash in even shorter time.

Shall we chalk it up to incredibly good PR, beta talent, great connections, charisma and awesome leadership?

I really don’t know, it could be all of the above plus a dash of good luck. What I do know is that Don Jazzy and his triplets have carved a niche for themselves and they are really hard to resist. When news of the trio’s addition to the long list of Globacom ambassadors broke out, it got me wondering, “what is the formula behind their success?” Perhaps we should take a look at the list of hit songs that have come from the three stars; Although Reekado Banks got into our purview with ‘Chop Am’,’Katapot’ was the real deal breaker, Dija from ‘Awww’ and Korede with ‘Godwin’. However before their singles, the Mavin’s group song ‘Dorobucci’ which became a national anthem is what I would say endeared these three artistes to us, topped by ‘Adaobi’ which featured just them and DonJazzy. ‘Looku Looku’, another Mavin all stars wasn’t bad either.These should cover beta talent right?

Now for good PR, when it comes to listing fan-friendly record labels, Mavin records can be found at the peak. The trio have a huge fan base, so much so that the fans have developed a brand for themselves; the Baelovers, Reekadicts and DijaNation and so far, there hasn’t been news of them getting into fights with their fans. Better yet, they give freebies (something we all like receiving),they i have remarkable rapport with ‘their’ public, plus we haven’t actually heard anything negative about these guys.Combine that with the connections the record label had garnered over time and I ask you, why won’t doors open?

Not only is the music maestro passionate about his wards, he evidently doesn’t see himself as just their boss but a member of a team. And as far as Charisma is concerned, what more can I say- Everybody Loves Don Jazzy!

Here’s a quick question though, how is the record label managing with half of them signed as MTN ambassadors and the other half GLO? Are they like rivals now or what?