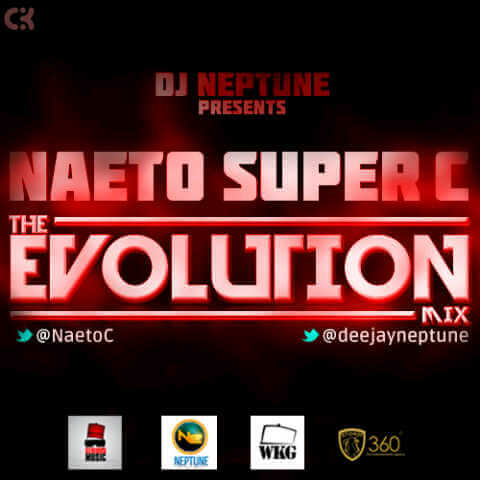 Just weeks after unleashing His hugely successful 2013 DJ Neptune #Let’sPartyNaijaVol11Mix & #AfricauniteMix which received over 100,000 downloads, International DJ Neptune is poised to release a brand new mix, a Naeto C exclusive titled “THE EVOLUTION” for all Naeto C fans across the world.

“THE EVOLUTION” by “Super” Naeto C and hosted by his official DJ, DJ Neptune is an 80mins mix-tape of the artiste’s hits dating back from 2004 till 2013, taking us on a musical journey as the artiste evolved to become one of the most sought after brands in Nigeria, Africa and around the world.

“DOWNLOAD: DJ Neptune Presents: Naeto Super C “The Evolution” “, 5 out of 5 based on 1 ratings.