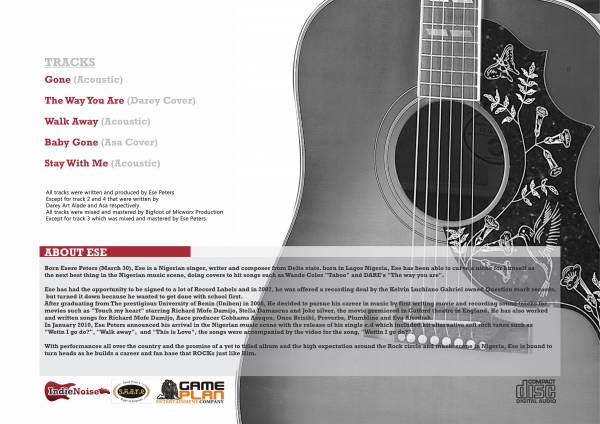 The Acoustic EP is the debut compilation from Nigerian singer and songwriter Ese Peters. It is a collection of five acoustic songs which were produced and performed by him. Ese Peters displayed his skills as a guitar player, singer, songwriter and upcoming producer in this EP.

This EP is not Ese Peters debut album, it is his first body of work to be released to the public and it is an independent project. It’s a very mellow and laidback collection of heartfelt, inspirational and melodious songs.

The Way You Are (Darey Cover)