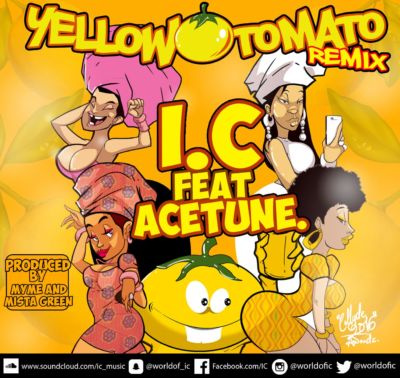 IC makes his grand entrance back to the music scene with a remix to his single “Yellow Tomato” which was released a few years back. On the remix, he has Port Harcourt’s rising R&B singer, Acetune who was part of the One Mic all stars that featured 2baba on their debut single ‘Drum Roll’.
The remix to the song comes with a highlife feel to it alongside it’s upbeat tempo and catchy rhythm and is set to score a number on your playlist.
Kingsley Chima Irozuru who is popularly known as IC hails from Abia state and is about to bag an MSc degree from the school of Media and Performing Arts at Middlesex University, London later this year.
Enjoy!
I.C – “Yellow Tomato” (Remix) ft. Acetune
Tags: AcetuneI.CYellow Tomato
Previous Post

Saeon: The Emergence Of The Trap n B Genre