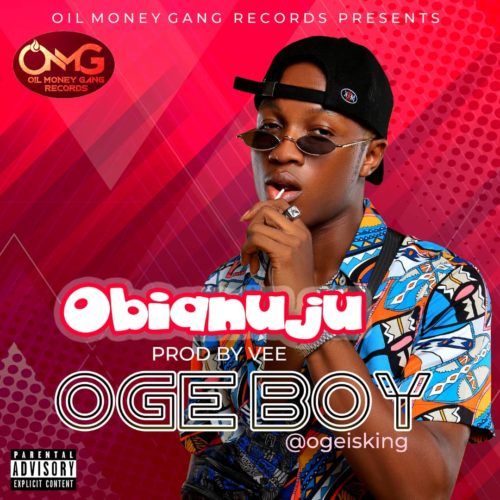 Obialo Damian Ogechukwu is the first son of his parents and he hails from Mbaitolu Local Government Area in Owerri, Imo State. Oge Boy as he is fondly called was born on the 5th of July and he started singing ever since he was a child, but officially decided to go into music full time in 2017, which made him adopted his stage name; Oge Boy.

The Afro Pop music artist admits his style of music is clearly inspired by the essence of love and how it affects our day to day lives. Sweet Boy as he is often called by his fans, particularly the ladies, admires to work with Nigerian A-list music stars like Wizkid, Davido, Kizz Daniel, Peruzzi, Burna Boy and Teni, as they all inspire him in their own significant ways. Recently signed unto OMG RECORDS in 2019, Oge Boy is currently working on his first official single; “Obianuju“, scheduled to be released in Dec 2019, and it promises to be nothing like what you have heard in the past.

Oge Boy who strongly relies on his strength which he admits are his versatility and his unique voice, hopes to spread love with his music and heal the world in the nearest future.

Listen to “Obianuju” below