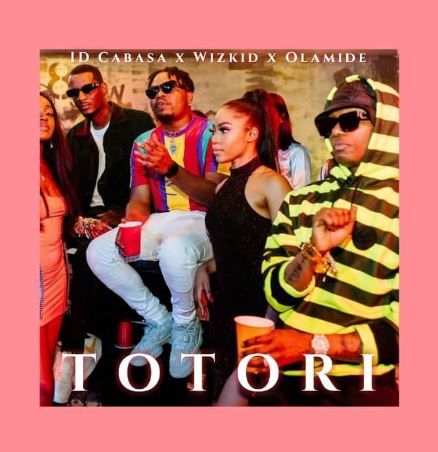 Olamide and Wizkid’s “Totori” is being heard in every nook and cranny of the country.

Olamide and wizkid are best known for dropping hit songs back to back from Omo to Shan, to Confam Ni, then Kana and now “Totori” .it is well said that the synergy between the duo cannot be underestimated. Totori is a song that is been heard on all radio stations, tv stations and other music platforms topping home and abroad music charts.

All their previous collaborations have benefitted from Olamide handling the verses, while Wizkid does what he does best: kill the hook. Wizkid didn’t fail in dishing out meaningful lyrics as he is heard saying “nobody wanna give and everybody wanna take” this phrase is been used by many Nigerians when trying to diss the stingy ones. The official video for Totori was released on the 1st of July, 2019. And just three days after its release, it is not far off from reaching a million views on youtube.
The video was produced by MG Omori which he produced stunning visuals even though most of the scenes were shot at night.

Overall,  the concept behind the video and its delivery was well executed. After the release of the song and official video, it has been topping charts on both radio and television stations and other musical platforms

We know you must be gearing up for a fresh week, which also marks the middle of the month. To...