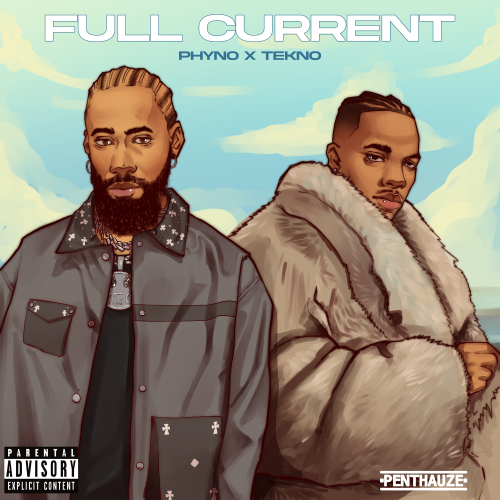 Phyno, is a Nigerian rapper, singer, songwriter and record producer. He is renowned for rapping in the Igbo language. His debut studio album, No Guts No Glory, was released in 2014. He followed up 2years later with a sophomore album titled “The PlayMaker” which got him immense recognition across Africa and internationally.

Crafting melodic songs like 2019’s Davido-featured “Ride For You” that weave together elements of Afrobeats, R&B, hip-hop, and Igbo highlife, Phyno released his 3rd studio album titled “Deal With It“. He followed up with “Something To Live For” album in 2021.

On the other hand, Tekno’s melodic sound and unique production style has made artists such as Beyoncé and Drake tap him for features and production. Both artist linked up on this new song, FULL CURRENT and created vibe.

Available for Streaming on Digital Stores – GET HERE

RISING STAR, MIRRIKLE LINKS UP WITH TEKNO ON NEW SINGLE “OPEN”. Rising star, Mirrikle is back again with another titillating...

Tekno PAY. TEKNO PAY... The King Of Afropop is back with a new banger!!! Singer, songwriter, and producer, Tekno (born...