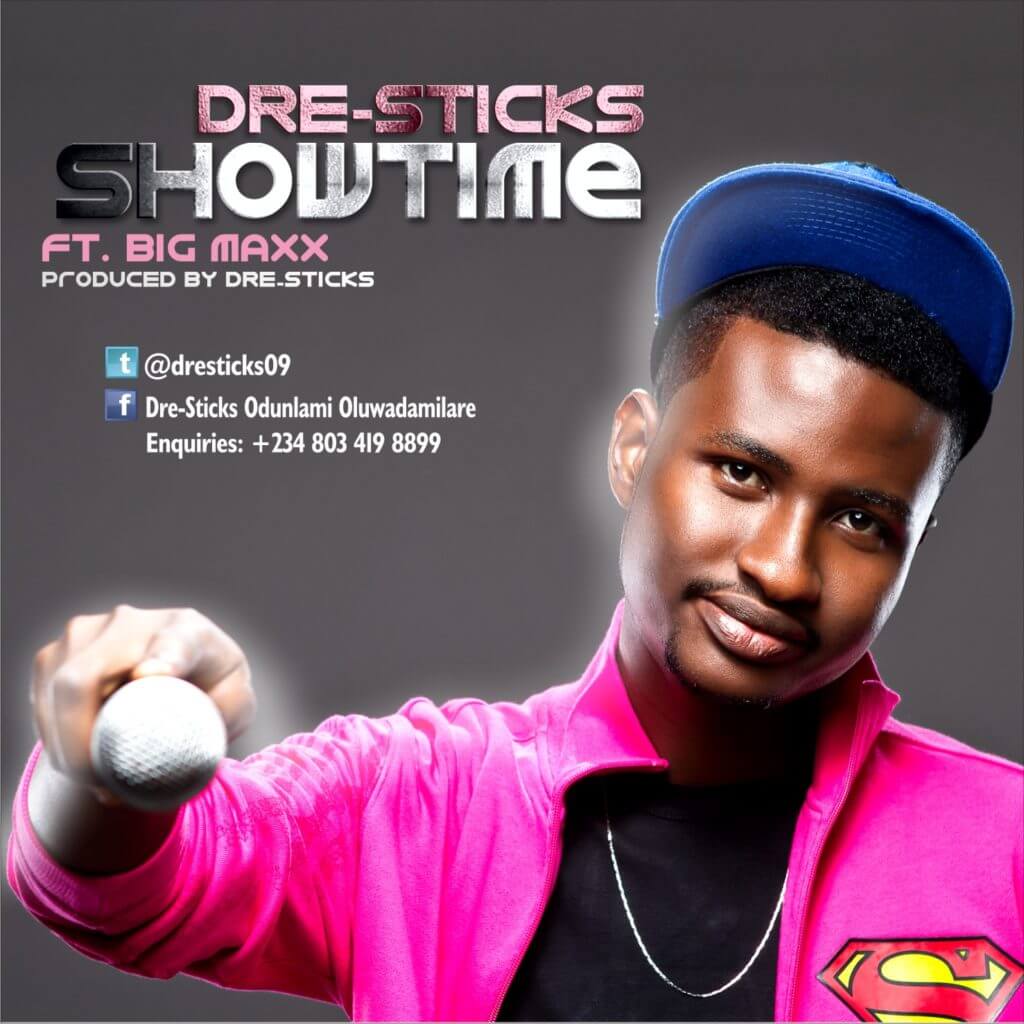 Odunlami Oluwadamilare “Dre-sticks” is a singer, songwriter, music producer and also a university graduate. He started his music career as a little church drummer after which he started singing while growing up too.

Right now, he is no doubt a seasoned musician. So far, he has recorded many of his own songs, produced many artistes and has performed at various notable shows/events in Nigeria. Born and raised in Ibadan Oyo state, now based in Lagos where he has his own recording studio facility.

In his words, music is a very vital part of his life that can not be taken away, as where his passion and fulfillment lies. His music genre is r&b/hihop. He’s here with his new single “Show time” a groovy mid-tempo song in which he features Bigmaxx of capital hill. Please download, enjoy and share this good music. Cheers!

Crystal – Get You ft. Dre-Sticks & GID