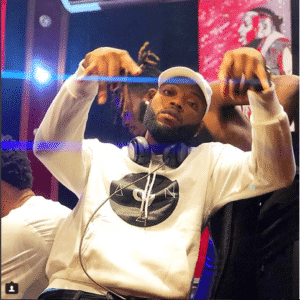 The latest report coming from the DMW quarters is that Dremo’s highly anticipated CODENAME EP is billed for release on Friday, July 20th, 2018.

Davido, Dremo’s label boss, made this announcement on Instagram. The singer, in his post, stated the project is set to change the face of the rap music on the continent. Davido also shared a part of the creative journey of the project. He stated that he had to fly Dremo to Atlanta to give the rapper the right atmosphere to create and the outcome of the time in LA is the coming EP.

African Rap changes on Friday !! @dremodrizzy EP DROPS!! TOO EXCITED FOR THIS ONE , I KNOW DREMOS FANS HAVE BEEN WAITING ON THIS ONE , I HAD TO TAKE HIM TO ATLANTA TO CHANGE THE AIR AROUND HIM , AND HE MADE THIS AMAZING BODY OF WORK ! #CODENAME BADDEST

Dremo himself made series of posts to turn up anticipation ahead of the release of the EP. In one of his posts he listed the handles of all the professionals involved in the making of the project; including those in his management team, music producers, photographer(s) and graphic artists. The music artists on his list includes the likes Davido, Mayorkun, Peruzzi, Sauce Kid and Simisola who are believed to have had input in the soon-to-be-released project. 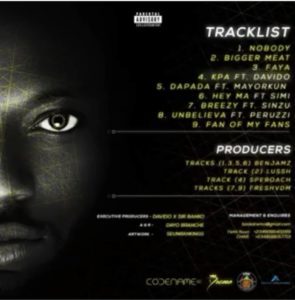