Dremo Is Nigeria’s Next Biggest Rap Asset After MI 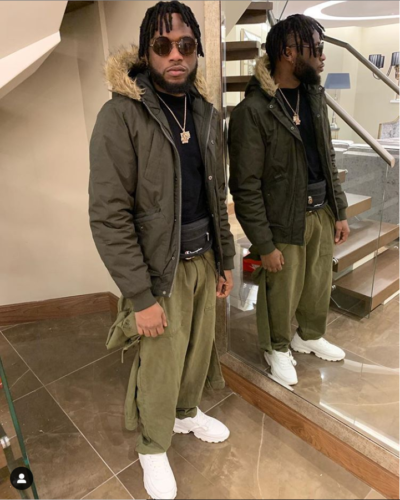 One of the biggest problems of some Nigerian music artistes is the issue of under-appreciation. A lot of these guys are super talented and hardworking but all they get at the end of the day is an overlook of their efforts. Many of Nigerian music artistes put their resources towards putting out exceptional projects but due to the fact that they digress from what is considered to be “what Nigerians want” in the music industry, they are being overlooked. And definitely one of the victim’s of this unfortunate syndrome is DMW’s Dremo.

It is no news that Dremo is a super-talented rapper, he’s lyrics are hardcore, he’s deliveries on songs are incomparable and he’s ability to thrive excellently on any type of beat is what makes him a great music asset. When he got signed to DMW, he was virtually a “nobody” within the industry until he dropped his first single, “Fela” under the Davido owned label which was a cover to US rapper; Designer’s 2016 hit “Panda.” Of all the “Panda” covers that were done by Nigerian artistes, Dremo’s was adjudged the best by music fans as it even went on to be a hit.

And since “Fela” Dremo has dropped other songs as well as an E.P (Codename VOL. 1) in 2018 which was a great project, but did just fairly well. Dremo is a very expressive rapper and a unique user of the mic to spit whatever opinion he has on whatever subject. From being a brilliant rapper, he’s gradually transforming to becoming a singer which i feel it’s as a result of him succumbing to the pressure or threat of not being an established commercial success, which is totally understandable.

But for such a rap talent, it’s really pathetic that the conditions around the music industry is pushing him to shift a bit away from his first love. I have seen people say to others and even say to me that Dremo cannot be classed among the top 5 rappers that we currently have in Nigeria. Hearing this always wants to make me puke, i mean that is a disastrous thing to say considering what he does in his rap songs and how he delivers almost perfectly.

Dremo is a thorough victim of under-appreciation in Nigerian music and i hope this comes to an end very quickly. You might be of the opinion that if he wants to be appreciated and get the accolades that he is truly worth, “then he should up his game and put out songs that can get him those accolades…,” No! you should be the one to take your time to go listen to his past records and figure out what a true rap gem he is.

He’s just currently dropped a new single titled “Mirror,” in which he analyses societal ills and how sympathetically abnormal the society is becoming which is already getting a lot of buzz just hours after its release.

When the snippet of the song dropped on Instagram prior to its release, loads of people who never used to be Dremo’s lovers joined the train as they were able to realise what a rap genius he is. The full song is out now and it’s an opportunity for you to conceive what i have conceived about Dremo. He is a rap ‘beast’ !!!!!!!!!!!

Conclusively, I feel after Vector & MI, Dremo is the next big thing that Nigerian rap has and if given the attention and the love that he’s required to thrive, then he’d be the one to liberate Nigerian rap again and push us to the number one rap spot we used to be in Africa before the “SA rappers” dethroned us. Even MI once said he’s Dremo’s biggest fan, so you see?!

“Dremo Is Nigeria’s Next Biggest Rap Asset After MI”, 5 out of 5 based on 1 ratings.

Nifemi is a graduate of the University of Lagos. He's a unique user of the pen when it comes to the expression of whatever. He is editor-in-chief of the organization and also a writer of news, articles, editorials and a lot more to help expand the level of knowledge of the readers and simultaneously have them entertained. A lover of music and football is who he is and a Man Utd die-hard.
Submit your comment
19 total pingbacks on this post
Click here