Dremo & YCEE – Who Is The Next Hip-hop King? 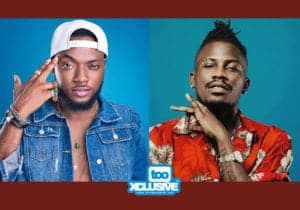 From time to time, we notice changes in the style of music we listen to. Hip-hop music has experienced a switch from the time of hardcore rap music to the new era of trap-styled hip-hop music.

Even in Nigeria, a trendy rap style has been fairly dominant with YCEE and Dremo being at the forefront of this new school rap style. YCEE showed his rap prowess on songs like Juice and Jagaban while Dremo has impressed with his delivery on songs like Fela and Ojere. However, assuming you were to win a million dollar, which of the two rapper would you pick to occupy the seat of new school rap – YCEE or Dremo?