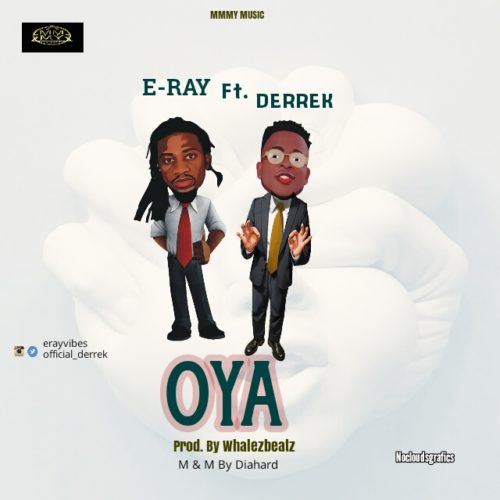 Erayvibes popularly know for his unique style, vibe and hits. His recent collaboration with the popular jewel of SA Hip Hop, Kwesta Dakar was featured on his Song titled Loco which was shot and produced in Cape Town South Africa by RapseedTV Production.

Presently E-Ray a.k.a erayvibes has been working on his upcoming EP which would be out this summer. At the meantime, he has this new banger titled Oya featuring this time a Nigerian artist from the Mmmy records popularly know as Derrek the bad guy.