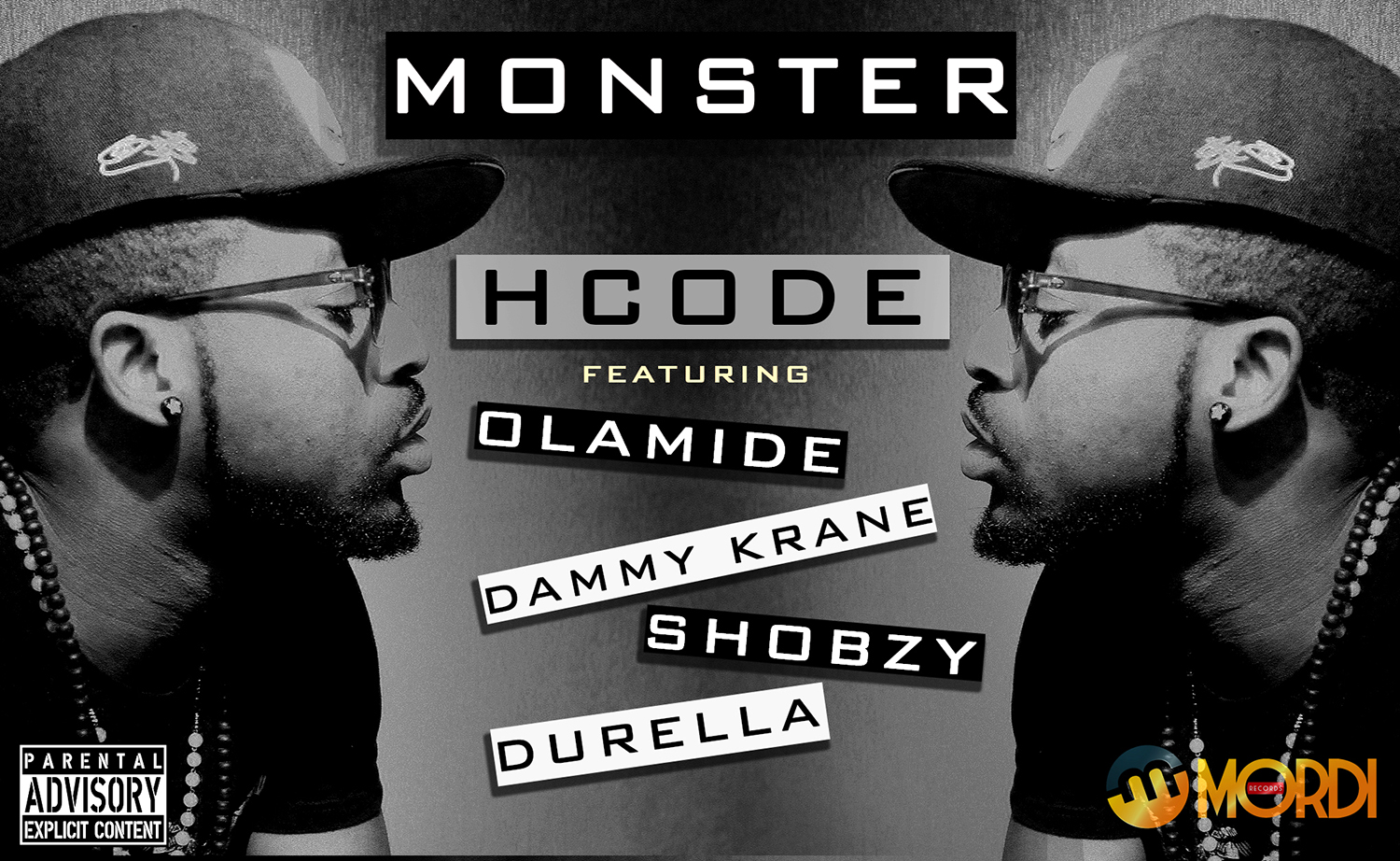 The Ace producer HCODE is at it again as he presents to you his latest musical offering “MONSTER” with guest appearances from Olamide (YBNL), Durella, the King of the Zanga (IKONIC MUSIC), Dammy Krane (HYPERTEC RECORDS) & Shobzy.

Let me also spill some more beans, my sources tell me that the video of this hit club banger would be out in a few weeks! We most definitely cannot wait for Mordi Films to wow us with their super exciting soon to be released video.