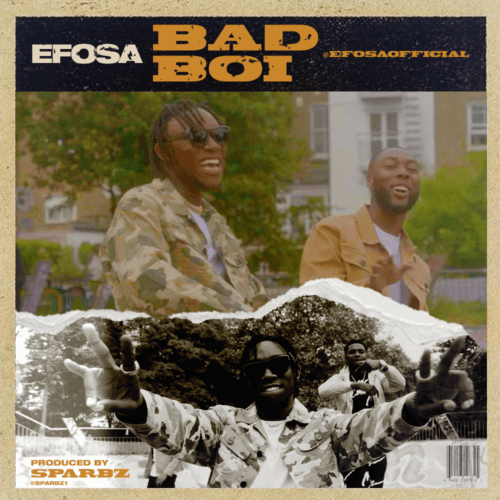 EFOSA is a melodic Singer/Songwriter who is identified as a fusionist; as he’s able to blend genres such as Afrobeats, Dancehall, Rnb and Pop together.

Being influenced by these genres at a young age, and entering competitions to showcase himself also contributed to the prolific music style EFOSA has today. From London to Nigeria, he took steps into finding new inspirations and met up with Krizbeatz in 2016 to cook up his first single ‘Papaja’ which was widely accepted by fans in both Nigeria and in the UK.

He then went on to releasing a few more singles in 2017 and was also featured by Seyi Shay on her single ‘Your Matter’ alongside Eugy.

EFOSA has been working closely with Sparbz who will be responsible for the production of their forthcoming singles and body of works. “I want people to create memories around my music and always catch the vibes that I provide” – EFOSA

The track “BAD BOI” was produced by Sparbz. Enjoy!