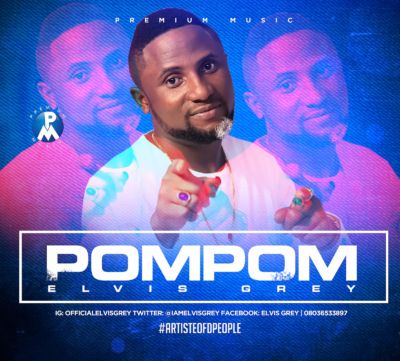 Signed to AY the Comedian’s Premium Music, Elvis Grey known as #artisteofdpeople for his generosity as he gives out 40% of his music earnings to his fans who he calls, ‘partners’.

Pom Pom ‘ is an extraordinary dance hall music, laced with exceptional lyrical content and melody like no other. Produced by Young John the wicked Producer, strings by Fiokee , mixed and mastered by Suka Sounds.